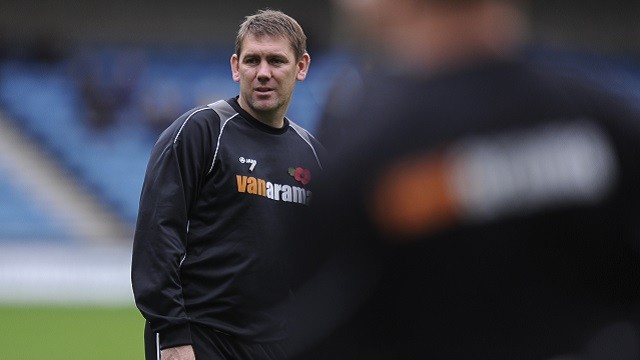 AFC Fylde manager Dave Challinor is hoping to reach a special milestone for the club today when his side travel to Gainsborough Trinity.

The former Tranmere Rovers star has led the Coasters to 149 victories in all competitions and he is keen to get over the line this afternoon as Fylde look to make it back to back wins in the Vanarama National League North.

Challinor, along with assistant Colin Woodthorpe, took the reins back in November 2011 and the manager admits they haven’t looked back since.

“It’s a great milestone to reach – providing it hasn’t taken too many games to achieve it!” smiled Challinor, who boasts a 62% win ratio with the club. “Milestones are great and quite often they get passed by without anyone even noticing, so it’s very pleasing to hear.

“We have enjoyed the last four years here very much and we have had success, which is the reason why you do it in the first place. So I’ll be very keen to get that 150th game won today and back up the result we had against Chorley last time out.

“We now need to keep the pressure on the teams above us now and ultimately try to reel Solihull Moors back in.

“It was probably a bit of a risk when we came in just over four years ago because we dropped down a couple of divisions. However, we felt that the opportunity presented to us gave us a real chance of success.

“It was an exciting prospect because the club was being built off the pitch and this was our chance to build a team that could run alongside that on the pitch and I’d like to say we have done that.

“We have certainly evolved during our time here, but our philosophy and the way we try and play hasn’t changed. People have bought into that along the way and we have got to a position that we deserve to be in.

“The important thing now is that we don’t stand still. We have to keep moving forward and keep improving year on year.

“It has been hard work, there’s no doubt about that, but there is still a lot to achieve so we keep going and hopefully we are here for the foreseeable future.”