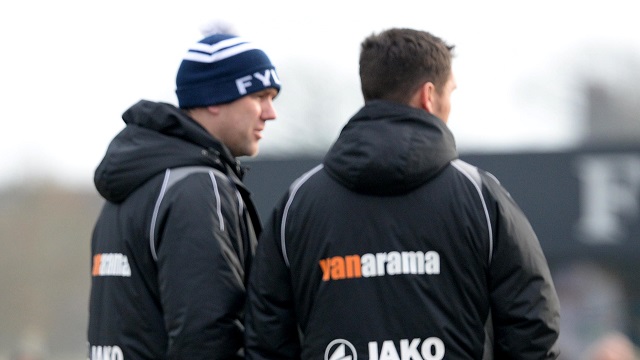 The Coasters looked to have wrapped up all three points with two late goals against Nuneaton Town, however a 94th minute penalty earned Boro a share of the spoils.

“It was disappointing especially when we come in after the game and see that Solihull have won,” said Challinor. “It was like déjà vu for me because we are talking about the referee making a decision that has cost us the game.

“The same referee cost us the match against Solihull in December by not calling the game off. This time he has awarded a penalty in the 94th minute that is my opinion is never a penalty. I’ve watched the video back and my view hasn’t changed.

“A similar decision against Boston cost us the league last season and the way other results have gone, this penalty decision may have done the same for our chances this time around.

“We conceded early and gave them something to hold on to and the longer that went on the more difficult it became to break them down.

“We were certainly on the front foot and our pressure, along with perhaps a little bit of luck, brought about two quick fire goals. We should have won the match at that point and Nuneaton will admit themselves they were lucky to come away with a point.

“If I’m being overly critical then maybe Ben should have stayed on his line and not given the officials a decision to make, but you can say what you want, their lad has dived and the officials couldn’t wait to give a penalty.

“It’s frustrating because it will be swept under the carpet from the league’s perspective, but it has had a big impact on us.”