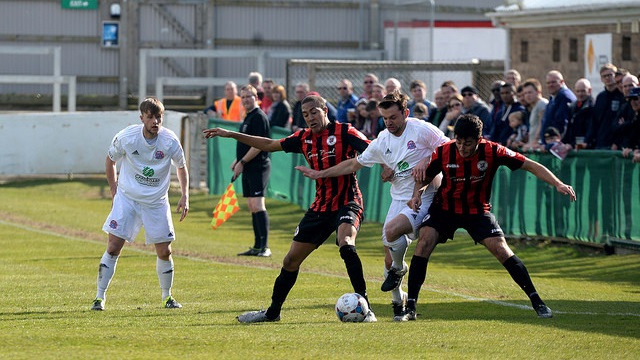 The Coasters missed the chance to leapfrog second-placed North Ferriby United and Challinor admits his side didn’t do enough to win the match.

“It was a little bit disappointing, we really weren’t at the races, but we have to give credit to the opposition. It was a tough pitch and you could tell it was near the end of the season. It was unbelievably dry and it didn’t allow us to play an awful lot of football.

“The longer the game went on it was always going to be one goal that won it, if someone could find a goal. Neither side looked like scoring if I’m honest.

“We had a ten minute spell in the second half where we put a bit of pressure on but the harder we tried the worse it got and frustration set in. It just wasn’t to be. The positives are that we came away with a clean sheet and a point.

“The way they set up we needed to get wide more and we didn’t work hard enough to create anything. We got into some good position but we looked like we were trying to score the perfect goal every time. We needed to get our shots away more quickly.

“We didn’t have any clear cut chances where I thought we should have scored and I think Brackley were similar.

“We wanted to win to keep the pressure on and it’s frustrating that we have dropped points.”