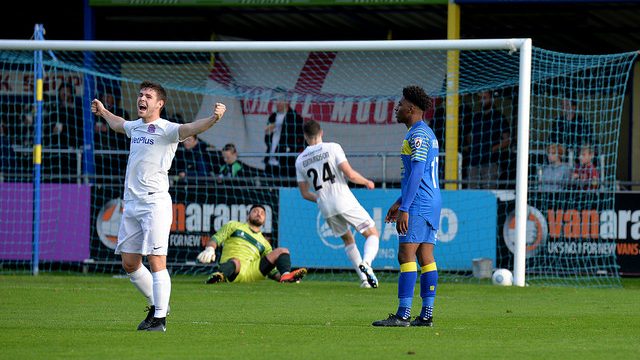 AFC Fylde boss Dave Challinor was delighted that his side backed up Tuesday’s victory over Wrexham with a resounding 4-0 win at Solihull Moors.

Solihull manager Richard Money believes the Coasters are the ‘best team in the division’ and Challinor was impressed with his troops after a slow start.

Challinor said: “To back up Tuesday’s performance and win is massively pleasing.

“We have got a big win from one of our worst performances this season. We took a while to get going but then we controlled the second-half very well.

“We looked very frustrated early on but managed to get two goals right on half-time and it completely changed the complexion of the game and settled us down.

“It meant we could go out in the second-half as a calmer team and we managed the game in a positive way. The two goals towards the end were the icing on the cake. We looked a very good team for an hour.

“We have stuck with the same side for two games running now and they have looked good but we have a very strong squad and people will need to keep performing to retain their place.

“We were potentially looking at making changes at half-time but games change very quickly and we are delighted with the result.”