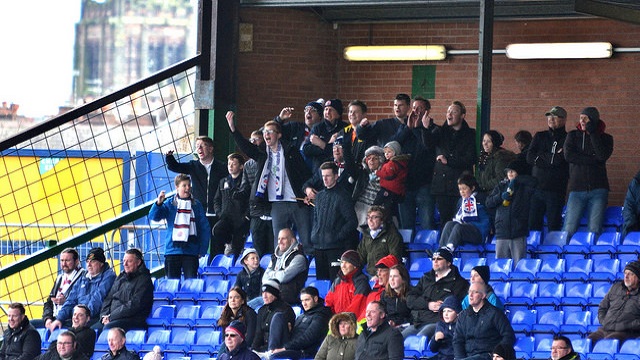 Goals from Tom Hannigan, Dion Charles (2) and Danny Rowe moved the Coasters level on points with second-placed North Ferriby United and Challinor believes his side more than deserved the three points.

“From a personal point of view there is nothing more pleasing than coming back to one of your old clubs and putting on a performance like that.

“The scoreline certainly reflected the game and we started the match unbelievably well. We knew that we had an advantage having only played 30 minutes on Saturday and Stockport had a tough game at North Ferriby.

“We had to make sure that advantage counted and we did that by scoring early. The game could have been over inside 15 minutes with the chances that we had. We got a little bit complacent towards the end of the first half but in the second half we got the goals that the performance deserved.

“It’s only worth three points but it’s a massive win for us. Other teams around dropped points on Saturday so this was a chance for us to make up some ground and we did that emphatically.

“The first goal was important – when you look at the statistics the team that scores first more often than not wins the game. We got off on the front foot and maintained that for the 90 minutes. I don’t think we have managed to stay at that level in a game all season so that was very pleasing.

“The two goals after the break killed the game and we thoroughly deserved the victory.

“Our support was fantastic – we took a good following and they cheered us on throughout.”