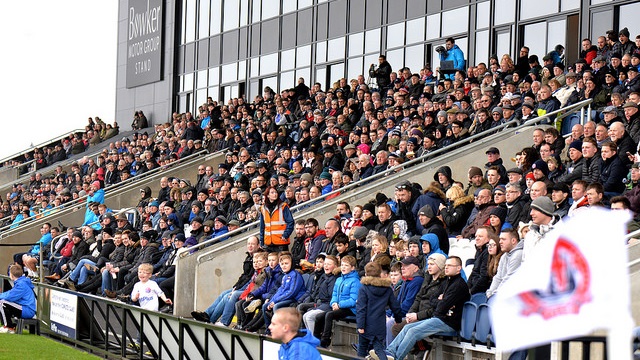 AFC Fylde are expecting the largest away following of the season for tomorrow’s top of the table clash at FC Halifax Town.

The club are anticipating over 300 Coasters fans making the trip to The Shay for the first of our crucial Easter Weekend double-header.

Over 120 supporters have taken advantage of the club’s subsidised travel offer as Fylde look move one step closer to the National League North title.

Manager Dave Challinor was keen to emphasise the importance of the supporter’s backing: “We have lost just once at Mill Farm this season and the fans have played a huge part in that.

“We have had a fantastic upturn in attendances since the summer move and we are taking more and more supporters away from home too and this weekend could be our biggest following so far.

“We have a lot of new supporters that we are still converting but hopefully they have enjoyed what they have seen so far and keep coming back.”