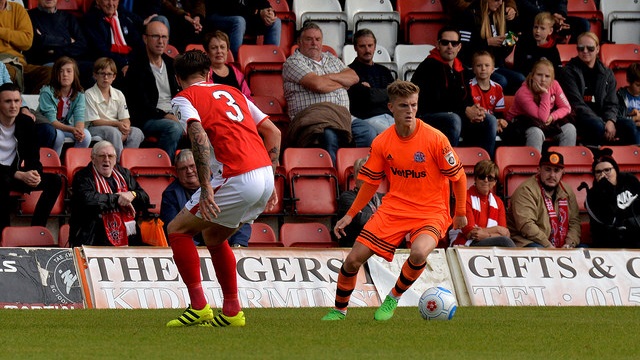 The Coasters twice trailed in the match before going in front only to concede a late equaliser to draw 3-3 but Challinor was happy with the point.

“I’m disappointed not to have held on for the win but on reflection neither side really deserved to lose the game.

“We have perhaps won a couple of games this season that we didn’t particularly deserve to, but to get so close and not win was frustrating.

“We showed great character to come from behind twice and get ourselves ahead but a point is a point and we are still unbeaten.

“Any neutral that came to watch will have been highly entertained. Defensively there is plenty to work on but there was some very good attacking play on show.

“There were two really good teams out there that play in the right manner and I think we will both be up there come the end of the season.

“If a team cuts you to pieces through good play to score then fair enough but that wasn’t the case. On too many occasions their players were in acres of space so that is disappointing.

“On the flip side, we could have scored even more still at the other end. We will go through everything with the players but overall it’s a good point.”