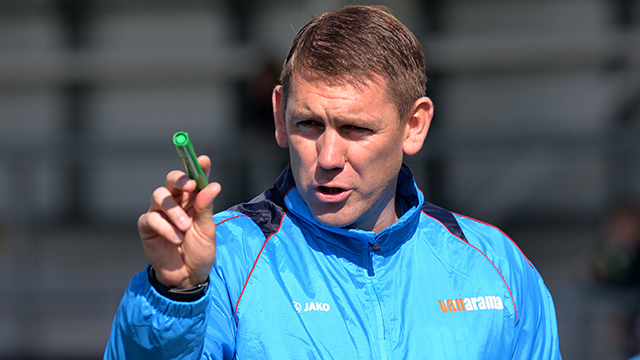 Manager Dave Challinor admits he isn’t afraid of making changes as AFC Fylde look to consolidate their place in the National League play-offs.

The Coasters boss made three changes for the second game running last time out as Fylde saw off fellow promotion hopefuls Dover Athletic to move up to seventh and insists there could be plenty more chopping and changing before the season is out.

“We have a strong squad and we pick players based on a number of different factors – on individual form, what I think they might give us in a specific match and we also have to judge it on the opposition we are facing.

“Jason Taylor came in at the weekend because we wanted to be solid early on. We knew they would be physically strong and we needed to match that but then we had players on the bench to change it if need be and that proved to be the case.

“We pick teams and squads that we think can go out there and win games on any given day. There will be more plenty more rotations and people switched before the end of the season and when they are called upon, everyone does their very best.”

“I enjoy these long away trips, because it’s a good chance for the lads to get together and bond. However, I don’t have particularly fond memories of trips to Torquay, because the last time I was there I was horrendously sick all the way home!

“I promise you, a journey like that isn’t much fun when you don’t feel well. Hopefully I’ll be travelling back in far better spirits this Saturday evening, sat with a couple of beers rather than by the toilet!”