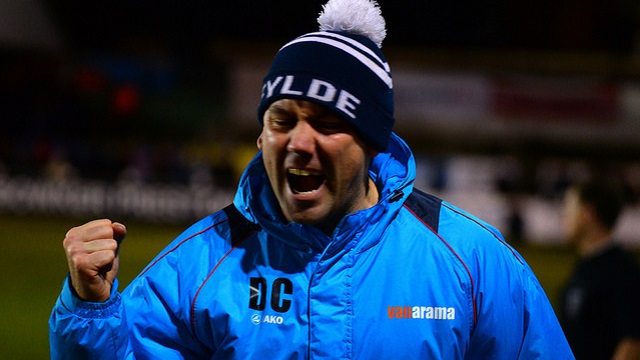 The Coasters suffered a disappointing defeat against their local rivals on Boxing Day but bounced back less than a week later with an impressive display at Victory Park.

“It was a crazy second half. I’ve never been involved in a game like that when you have to go off the pitch for an injury.

“From our perspective, a lot of questions have been asked of us this week. Unfairly so in my opinion. We’ve done well at the start of the season and we’ve got ourselves into a position where we are sat on top of the league.

“For whatever reason, we didn’t perform on Boxing Day and some would say that we were rightly criticised but I will back my players all day. I think people came here thinking that we would turn up here and get rolled over and we’ve shown fantastic character.

“We were down to the bare bones, we really only had 13 fit senior professionals and we put in a terrific performance. It was a gritty performance, we’ve put our bodies on the line and defended really really well.

“The lad will never score a goal like that again in his life the one what we conceded but again we showed great character to come from behind to go and win the game. Hopefully this performance has put to rest some doubters and shown that we can dig out result.”