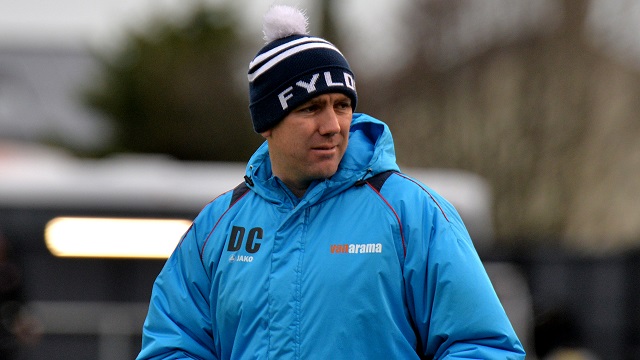 Local rivals Chorley and Halifax Town go head-to-head in a bid to join the Coasters in the National League next season and after four consecutive play-off campaigns, Challinor is delighted to be watching from afar.

“The play-offs are disgusting!” said Challinor. “There is probably no better way to get promoted than a one-off game but from a manager or player’s perspective they aren’t pleasant.

“They are great game to play in and the atmosphere is fantastic but they are played on a knife edge and they are often decided by one moment or a mistake.

“Anyone could win it this weekend and both teams will fancy themselves. From our perspective, it’s good to be able to watch on from the outside.

“I’m not too sure if home advantage will make a big difference for Halifax on Saturday. A final is a one-off game between two very similar teams that are defensively sound.

“I don’t think there will be much in the game and it could come down to one goal.

“We will have a vested interest in the result but it’s nice to keep an eye out from a further distance than usual.”