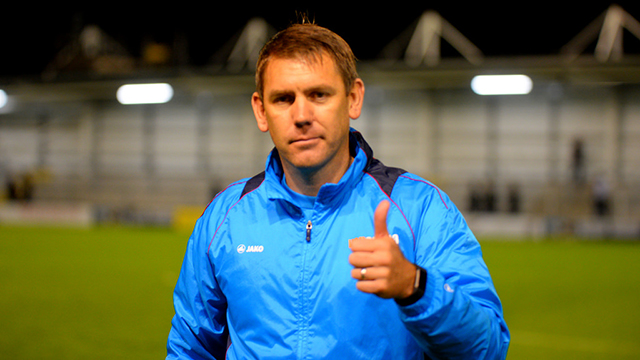 The Coasters saw off their rivals with a solitary goal from James Hardy and Challinor hailed the victory as ‘the best result of the season’.

“It was not our best performance of the season but probably our best result. I couldn’t be happier to back up Saturday’s result with another win, albeit a scrappy one.

“As a perfectionist I would liked us to have played a lot better but we showed an awful lot of resilience and character to dig in and grind out the result.

“We got that bit of luck that we haven’t had so far this season and Rhys made some good saves at important times for us.

“I’ll always back my players to express themselves on the ball and we didn’t really do that in the first half and Barrow dragged us down a little to their style of play. At half time, I wanted us to get on the ball and enjoy watching us play and we did improve.

“It was difficult because the game never really settled down. We will probably play a lot better this season and lose games so the result was very important.”