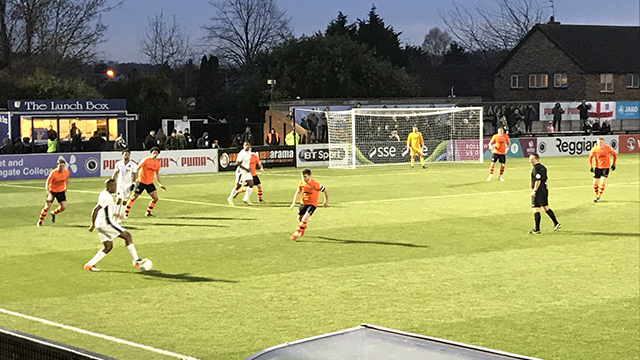 The Coasters were beaten by a single goal from Wood forward Angelo Balanta, however Challinor is taking plenty of positives from the performance.

Challinor said: “We are disappointed but I suppose after the first half we were happy to still be in the game. We could have been two or three behind with the chances they had.

“We were much better after the break. We made a couple of substitutions and changed our shape and on another day we could have got something from the game.

“We had two very good chances in the final five minutes where their goalkeeper has made two top saves and we feel a little hard done by in the end.

“We have been punished for not taking our chances, because we had a few, but despite the result, I will take a lot away from the second-half performance.

“We now look ahead to Tuesday now for the FA Cup replay against Wigan, however George Edmundson’s late booking has ruled him out of the game which is very frustrating. We will have to make at least three changes to the team now.

“We have a real opportunity on Tuesday to set up a game against a Premier League side so we have to be right at it.”