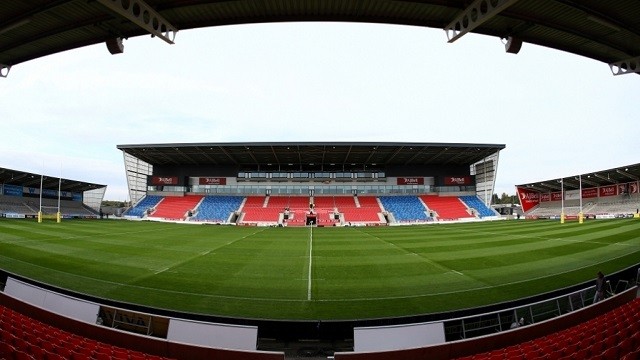 Pitch conditions at Skelmersdale had caused several postponements to the fixture and tonight’s game was again looking doubtful. However, the clubs have now agreed on a neutral ground and this avoids two potential gruelling midweek away trips.

The Coasters will now face Skelmersdale at the AJ Bell Stadium this evening and the Chairman described the agreement as a ‘win-win’ situation for both clubs.

David said: “It was critical to get the game on tonight. We knew another postponement this evening would lead to a sequence of events that we were keen to avoid.

“If the game had been called off again tonight then we would have been forced by the FA to play Skelmersdale on Saturday. This in turn would mean the scheduled league trip to Lowestoft Town would be moved a Tuesday night sometime in the future and if we were to win the next round would be at Eastbourne this coming Tuesday.

“Any midweek game at this stage of the season is not beneficial as both sets of players are part-time. It would have caused all kinds of problems in trying to get to Eastbourne on a Tuesday night.

“This led to both Skelmersdale and ourselves being very keen to find an alternative venue to play the match, however that proved difficult. Most clubs were reluctant to let us use their pitch, especially at this time of year, with the risk of further damage and potential disruption to their seasons.

“Eventually however we found a venue, the AJ Bell Stadium in Manchester – home of the Salford Red Devils rugby team, but the only issue was that they wanted £5,000 to open the stadium.

“I therefore spoke to the Skelmersdale Chairman Paul Griffiths and explained the situation. I also stressed the point that for either club to have a chance in the next round it was vital that we got the game played before the weekend so the winner could travel to Eastbourne this Saturday as opposed to next Tuesday.

“As the prize money for winning this tie happens to be £5,000, I suggested to Paul that the winner should pay the cost of the stadium rental from the prize money. In simple terms if Skem win they pay and if we win we will pay.

“As a gesture of good will we also agreed that Skelmersdale would keep the all the gate receipts from tonight’s game.

“This way if we were to lose the game then it hasn’t cost us anything and if we were to win then the prize money covers the cost, so it’s a win-win situation for both clubs as far as I’m concerned.

“But critically it sets up one of us to represent the North West in the next round and have a real go at Eastbourne on Saturday.

“I would like to pass on my thanks to Paul and all at Skelmersdale as well as the people at the AJ Bell Stadium for their co-operation and help in this matter.

“It does show that when clubs are prepared to work together there is always a solution if you look for one.”

Coasters manager Dave Challinor was also relieved to get a venue for the fixture.

“We are delighted because this gives the winning club the best chance in the next round. A lot of time and effort has gone into finding a neutral venue so we are pleased to be finally playing the game.”