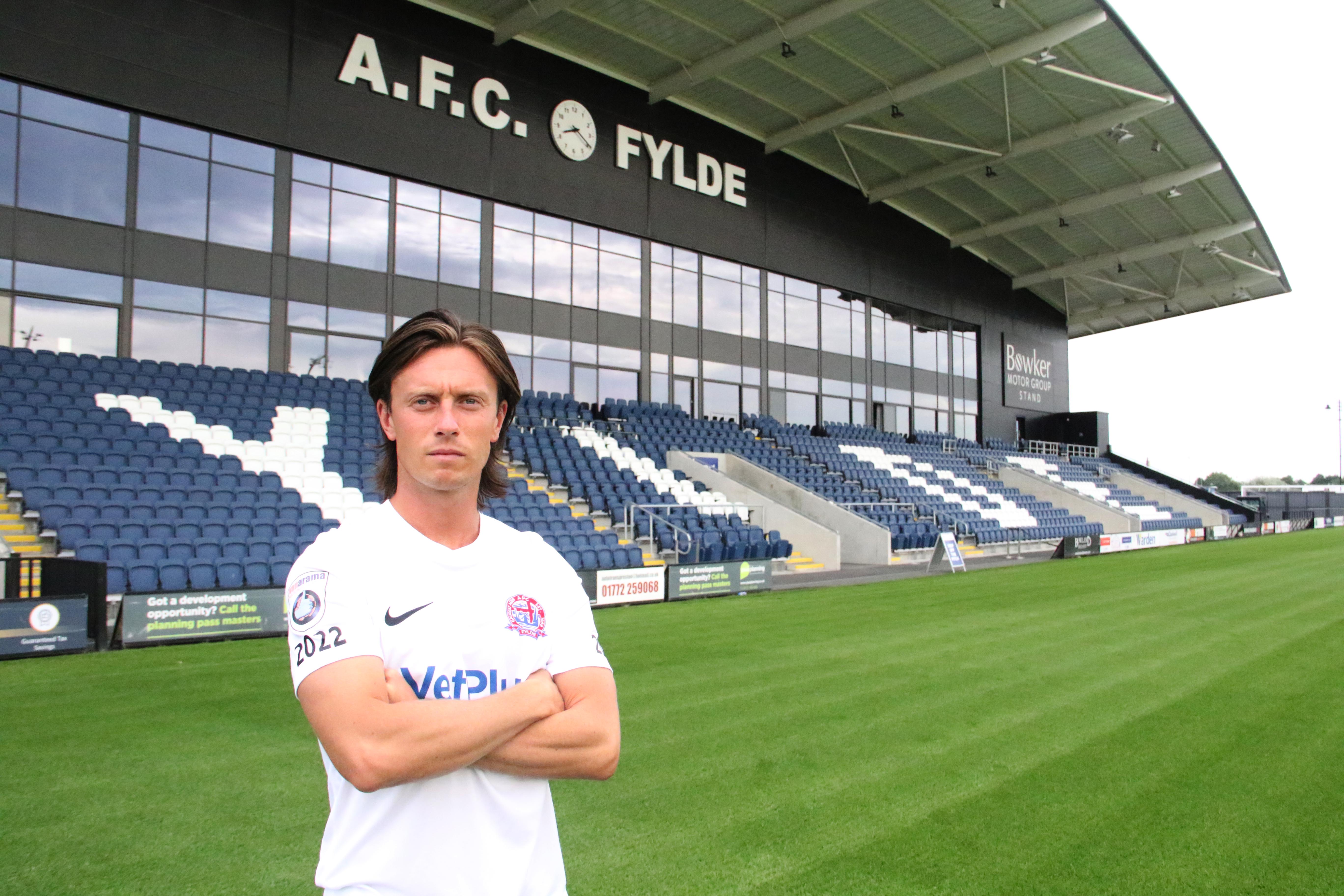 AFC Fylde have completed their fifth signing of the summer with midfielder Joe Cardle joining from Scottish Championship side Dunfermline.

The 31-year-old has signed a two-year deal and adds great competition to Dave Challinor’s options.

Cardle was born in Blackpool and grew up in Lytham St Anne’s. He started his professional career with Port Vale before moving to Scotland where he has lived for the past 10 years. Cardle said:

“When the opportunity came up I thought it was only right to come back to where I started my game and show people back here what I can do.”

Moving back to the Fylde Coast also gives Cardle a chance to be closer to his younger brother Scott Cardle who is a professional boxer and a former British lightweight champion.

“I actually first spoke to the manager about three years ago, but a move never materialised at the time. I met up with him again in Scotland during AFC Fylde’s pre-season training camp in Largs and I could see the love and ambition he had for the club and I can’t wait to be part of that.”

The midfielder scored 10 goals in 34 games last season, when asked if this is something he believes can continue he commented:

“100%, I know I can score goals at any level and that’s what I’m looking to do here, I can also create them and I’m looking forward to providing a few for Danny Rowe who I know can put the ball away.”

Cardle is ready to go and is looking to make his debut in tomorrow’s game vs Carlisle United.

Tickets for the match are available to purchase on the day with the prices below: