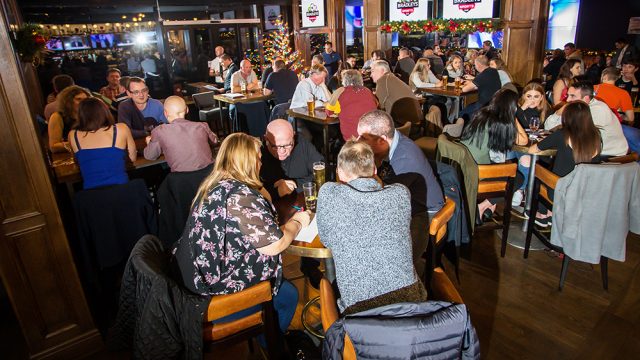 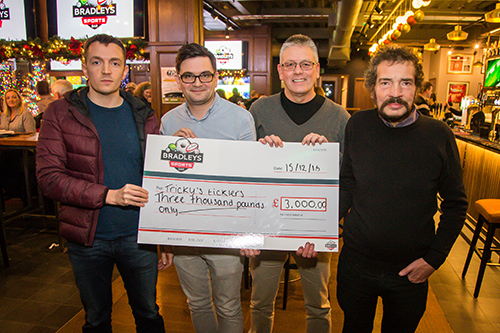 After 11 weeks of intense quizzing every Thursday at Bradleys Sports Bar, we finally have a winner and just in time for Christmas!

The quiz that contained 60 questions, including rounds such as general knowledge, sport and music, was extremely close fought, and went right down to the wire with a nail biting finish which saw two teams tied for first place!

‘Tricky’s Ticklers’ and ‘The Singleton Goons’ both had to elect one member of their team to come and participate in the tiebreaker question, ‘In inches, how wide is The Last Supper – the late 15th-century mural by Leonardo da Vinci?’ In the end it was ‘Tricky’s Ticklers’ that took the victory!

The team was absolutely delighted with the win and the £3,000 jackpot, and posed for many photos with the giant cheque, which they were presented with.

All was not lost for ‘The Singleton Goons’ however, as their second place finish secured them a prize of £500, and furthermore ‘The Freckwits’ who finished third, just one point behind the two leaders walked away with £250!

We would like to say thanks to everyone that attended the quiz.