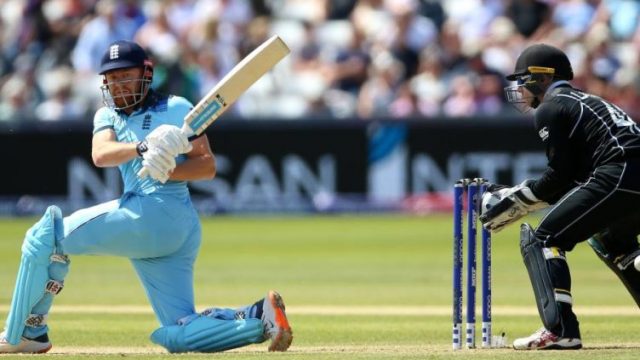 BRADLEYS | Join us to cheer England on in Cricket World Cup Final!

The There Lions have made the Cricket World Cup final – and there’s no better place to cheer the boys on than Bradleys Sports Bar!

After overcoming old rivals Australia in emphatic form in the semi-final, Captain Eoin Morgan will now be hoping his side can go all the way and lift the trophy.

It’s England’s first Cricket World Cup final since 1992, and despite making the final three times, they’re yet to win it.

With New Zealand already beaten once in this tournament, confidence will be sky high as England and the Kiwis battle it out at Lord’s from 10:30AM.

Bradleys is the best place to catch all of the action, with our giant TV wall, four independent viewing areas, cask ales, locally sourced food and 22 screens to catch all the action.

On top of that, Bradleys will have some great deals for cricket fans, to mark the brilliant occasion. As we’re excited by this Sunday’s historic game – we’ve bought out the deals to match!

All draft beer will be a whopping 40% off from 12pm-1pm. This means a pint of Fosters would cost just £1.80 – unbelievable value.

During this time we’ll also be offering FREE chicken wings, to help you soak up the beer.

With the World Cup drawing to its exciting close, we’ll be offering 25% off of draft beer from 4pm-5pm.

Once again, we’ll also be giving out FREE chicken wings during this hour – as England (hopefully) close in on becoming world champions.