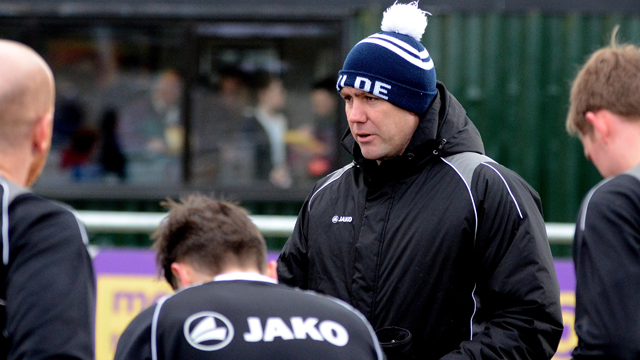 The Coasters picked up two suspensions during last night’s 2-1 victory over Corby Town, with midfielder duo Richie Baker and Bohan Dixon set to spend time on the sidelines.

“Our lack of discipline at times is very disappointing and the penny needs to drop sooner rather than later,” said Challinor. “It could potentially affect our chances of promotion and I feel very strongly about it.

“We have ended up with five bookings without making a tackle in the game. I can’t afford to have players missing and I won’t tolerate cheap yellow cards.

“We had to win and we are pleased to do that but there are implications and I hope they don’t cost us come the end of the season.”

And although he was happy to pick up a second win in four day, Challinor cut a frustrated figure after the match.

“We came flying out of the traps in the first 15 minutes and we cut them to pieces but we didn’t take the chances.

“We had four or five really good opportunities early on and when you don’t take them you give the opposition hope when the game should have been won inside the opening stages.

“We didn’t kill them off and that made it difficult for us. Results at this stage are more important than performances but the way we went about our business tonight was worrying.

“We asked the lads to carry out a simple game plan and they failed to do that for much of the match and it has almost cost us the game.”