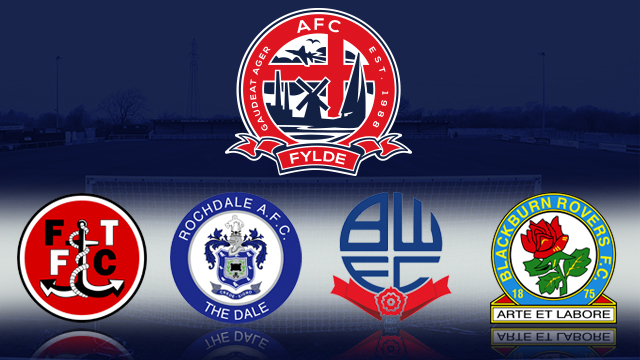 Manager Dave Challinor has put together an eight game schedule to test his squad which has been strengthened by two additions so far – Dominic Collins and Matty Hughes.

Pre season training begins at Kirkham Grammar School on Saturday, with some tough sessions planned for the players over the next three weeks until the first competitive ball is kicked against Fleetwood Town on July 9th.

The gaffer will also look at trialists in the pre-season training and match environment, but will also cast his eye on the younger players coming through the ranks at the club.

Challinor said: “The pre season games will see a mixture of some really promising young lads that will get an opportunity, alongside the senior lads we have and there will be the odd trialist mixed in.”

Admission has been set at £8 for adults, £5 for concessions and as usual it is free for all under 16s to our pre season games.

SIGN up for an AFC Fylde season ticket and get three matches for free!

Remember the match day admission price next season will be £12 on the day, so this offers a saving if you sign up this month for a ticket.

Prices for Season Tickets for the 2015-2016 Season are now on sale at the following prices:

Under 16s also need to sign up for a season ticket card but once again they will be free!

Download our season ticket brochure and application form AFCFyldeSeasonTickets2015-16 or call into the Club Shop in Kirkham to purchase your season ticket which is open from 8am until 5pm Monday to Friday or Saturday from 9am to 12 noon.