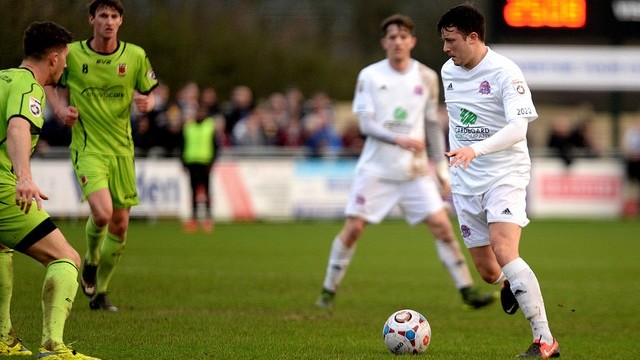 Have you ever stuck to a New Year’s resolution?

Yes I have, but only for about two months! I sometimes try and cut out chocolate and other rubbish, but it doesn’t really go to plan.

Who were you stood next to when the clock struck 12?

My girlfriend of course.

What has been your favourite year since you were born and why?

Tough question. There have been too many good years to pick just one. Maybe 2015 when my missus and I found out we were having a baby boy.

Have you had any particularly memorable New Year’s Eves in the past?

Well not really because ever since I’ve been old enough to drink I’ve had a match on New Year’s Day. However, two years ago when I was injured I went to a house party which was forgettable literally!

If you were to suggest a New Year’s resolution to a teammate, who and what would it be?

Would you rather have a rewind button or a pause button on your life?

The rewind button without a doubt.

Would you rather be able to talk with the animals or speak all foreign languages?

Have you ever fallen asleep in public?

No I’m not the type to ever fall asleep.

Would you rather always say everything on your mind or never speak again?

I nearly always speak my mind anyway. I think it’s best to be honest and open.

What’s the worst first date you’ve been on?

Well funnily enough the first date with my missus. We went for a lovely meal then to the cinema to see Cloverfield. If you’ve ever seen that film then I don’t need to explain! Wow it was the worse film ever. I’m surprised I got a second date to be honest!

Neither, they’re both too extreme.

Would you rather give up sausages or bacon for the rest of your life?