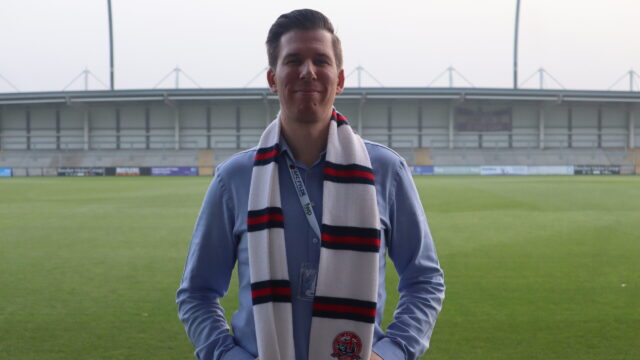 Ashley joins AFC Fylde as the new Chief Operations Officer, one of two new roles that have been created. The other role which is yet to be filled is a Director of Football, and both replace the previous Chief Executive role.

After spending four years in the hospitality industry, Ashley was then part of a security company for eight years before taking up the new COO role at AFC Fylde.

The COO will solely focus on non-footballing matters, including commercial, ticketing and marketing, just to name a few.

We caught up with Ashley, who talks us through the COO role, his background and plenty more. Watch the interview below.