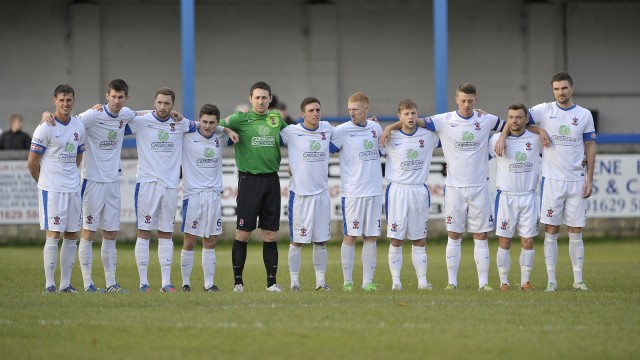 The Coasters welcome another big pre-season test to Kellamergh Park this weekend when they entertain welsh giants Wrexham.

The Conference Premier side have signalled their intentions for this season by wanting to push once again for a return to the Football League having come so close to gaining promotion on three separate occasions but failing each time in the Play-offs.

Wrexham, who hold the record for the most Welsh FA Cup victories with 23, were relegated from League Two in 2008 after a run of 87 years playing ‘League’ football and are desperate to get back there this season as it’s also the club’s 150th anniversary.

New boss Kevin Wilkin has stated he will bring a strong squad to KP in order to give his side the best preparations possible ahead of the new season, so Coasters fans are guaranteed to witness a good game on Saturday.

A decent performance from all the lads involved saw Fylde run out 5-0 winners in their last pre-season friendly at Nelson on Tuesday night.  Richie Allen bagged a first half brace against his former club after Joe Booth opened the scoring early on.  Then Tom Hannigan and Joey Mullen rounded off the victory late in the second half to give Dave Challinor’s side their second win in three games so far this summer.

With admission prices set at just £6 for adults and £4 for concessions for pre-season friendlies at KP this year it’s a fantastic opportunity to come along and enjoy some great football with your family and friends on a Saturday afternoon.

If you still haven’t picked up your season ticket for the 2014/15 season yet then you can still buy one from the club shop at the ground during the game.

We look forward to seeing you all at KP for the 3pm kick off.