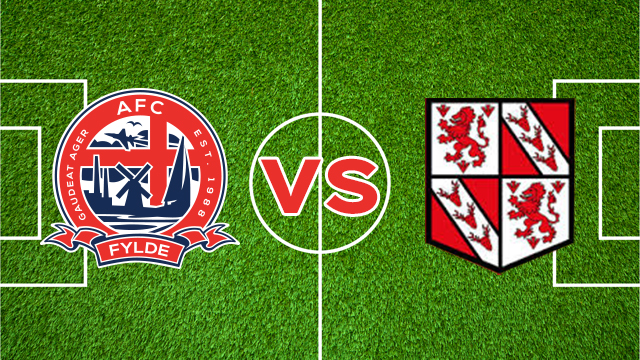 The new season is almost upon us and with it a new chapter in the history of AFC Fylde!

The Coasters will embark upon life in the Vanarama Conference North on Saturday afternoon when they welcome Brackley Town to Kellamergh Park for their first ever fixture at Step 2 of the Non-League System.

Manager Dave Challinor cannot wait to get the season started. “Since the final game of last season, this game couldn’t come soon enough. It obviously came closer when the fixtures were released and now it is finally here.

“We go into the season in positive mood” he added.  “It’s a new challenge for everyone associated with the club but for almost all of the players it’s a level they’ve all experienced or higher than this previously.”

That mood has been seen in pre-season this summer with the lads performing well and recording some fantastic results – the highlight being the 1-0 victory over the Bolton Wanderers Development Squad which included a number of professionals in their ranks.

The Coasters have also recorded healthy wins over Kendal Town and Nelson (4-1 and 5-0 respectively) as well as draws with Bamber Bridge and Curzon Ashton. And even in defeats to higher league opposition in Rochdale and Wrexham, the performances have been promising.

Also, the bulk of the side from last season has remained and only a handful of new players have been brought in by Challinor to strengthen his squad. In comes Michael Potts, Tom Hannigan and Liam Tomsett in order to replace the departed Sean Cooke, Harry Winter, Matt Hughes and Andy Russell – the latter having landed a lucrative pro contract in Hong Kong.

This means that the management are highly confident that they already had a side that can compete in this division which will add to that ‘first day’ excitement all the more.

Their opponents, Brackley, on the other hand have had a serious overhaul of players over the summer, keeping just three players from the side that finished seventh in the Conference North last season.

All this means manager Jon Brady will be hoping his players have gelled together in time to face a Coasters side that have been looking forward to this game since Ben Hinchliffe scored that vital penalty kick against Ashton United in early May.

The game kicks off at 3pm and with a higher division comes new teams to play and longer travel but if the lads can get their season underway with maximum points, who knows what this campaign will bring?

Admission prices are just £10 for adults, £7 for concessions and, as it was last season, U16’s and Armed Forces Personnel get free entry. This is a great reason to come along in force and get behind The Coasters in their first ever game at this level.