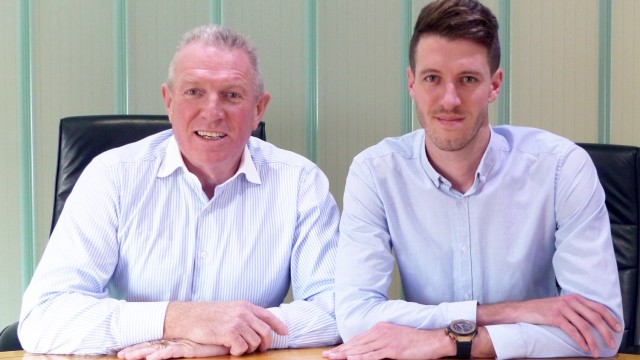 AFC Fylde are delighted to announce the arrival of Daniel Agnew as the new Head of Media for the club.

Daniel, 28, has a wealth of experience in the football industry, having spent over 10 years working at Blackburn Rovers in a similar role.

Rovers spent much of that time as a top ten Premier League side and Daniel is keen to draw on that knowledge to help guide the Coasters in the right direction with exciting times ahead.

The club had been keen to add some experience to the media team – particularly with the new stadium at Mill Farm getting closer to completion – and see Daniel as the right man for the job.

“This feels like the perfect time to join the club,” said Daniel, who originally hails from Blackburn. “I had been watching AFC Fylde from afar for some time and they always came across as a progressive and ambitious club. Having now seen it from the inside, that is certainly the case.

“I have been involved in football all of my working life and I have a real passion for the game. The club are keen to increase their profile and with so much happening here, that is totally justified.

“The team are flying in the league and the new stadium will be fantastic. This is certainly a club with a bright future and I’m delighted to be part of that.”

Chairman David Haythornthwaite said: “As the club grows we need to become more professional in everything we do.

“The appointment of Daniel is an exciting addition to our team and a recognition of the importance of the role.

“Daniel has learnt the ropes at Blackburn and now has the opportunity to run his own show and build a team here at AFC Fylde.”