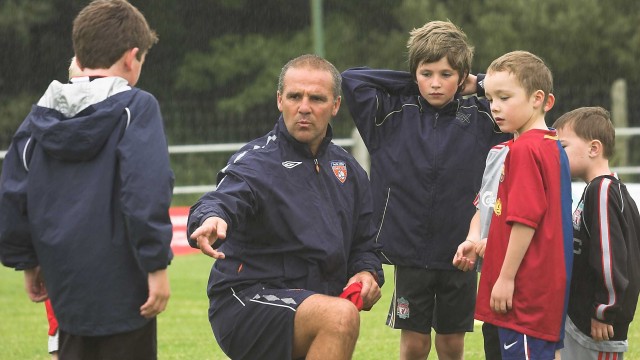 AFC Fylde have appointed from within the club to fill the role vacated by Andy Pilkington as Development Squad Manager with Alan Williams stepping up from his role with the Youth Team to take charge of the club’s second eleven.

Commenting on the appointment, First Team boss Dave Challinor said: “Alan is someone who has been involved with the Youth Team for a couple of seasons now.

“He’s an experienced coach and coach educator with his job with the Lancashire FA.  He has a really good nature with young players and undoubtedly will be a great fit to carry on the good work undertaken by Pilks’.”

Alan helped Simon Hurst guide the Youth Squad to the Lancashire Cup last season and has previously worked with Burnley FC’s Academy for four years.  Having worked within football for the past 23 years, Alan was delighted with his appointment to an elevated role within the club saying: “It is a great opportunity to support the lads at different levels and assist them in developing their football with a view to getting an opportunity to aspire to in the First Team.

“Taking on the role as manager for the DS team is an extension of my current involvement within AFC Fylde.  It’s a great time to be expanding my own involvement at a time when the club is developing, aiming for higher things and being part of the team.”

Challinor added “I must thank Simon Wright and Josh Holland for holding the fort with the lads over the last couple of weeks as without them the transition could have been difficult.  They will take training this week and be in charge for the game at Padiham on Saturday though Alan will be in attendance.

“Alan will start the role formally next week and I must on behalf of everyone welcome him to his new role.  We’re convinced he’ll do a great job and the Development of our younger players is in safe hands.”