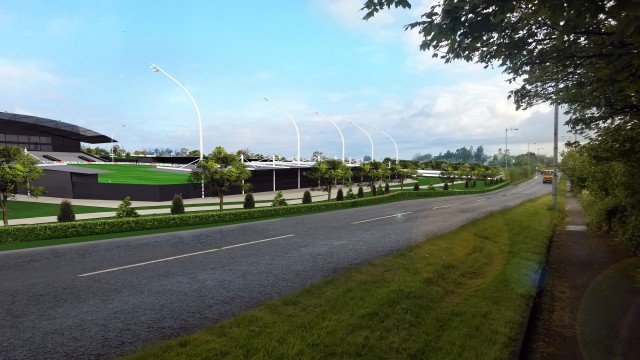 Kirkham and Wesham Residents in Favour

Almost three quarters of respondents are backing plans to develop a new £18m sports village to the North of Kirkham, according to a recent survey.

Over 500 people from Kirkham and Wesham were polled, with 74% of those asked saying they were either strongly or generally in favour of the planned development.

The proposed sports village includes a new 6,000-seater ground for AFC Fylde, community sports facilities as well as retail, leisure and commercial opportunities. The expansion of AFC Fylde’s stadium would allow further provision of sports sessions for local children, a move approved by 79% of those asked. In addition, 67% said there are not enough sports facilities for the community in Kirkham, with new sports provisions being welcomed by 90% of respondents.

There is also support for the new Aldi supermarket, which sits at the heart of the development, with over 60% of people travelling outside of the area to go food shopping at least once a week and over three quarters of people saying they would visit an Aldi in Kirkham.

If plans go ahead, the Kirkham community would see a significant boost to the local economy through inward investment, job creation and increased business trading in the area. When asked, 47% of local residents said employment opportunities in the area were below average. The development would also provide a new petrol station, another benefit to 64% of residents who believe such facilities are poor in Kirkham.

David Haythornthwaite, of Mill Farm Ventures, said:
“The Mill Farm Sports Village will be a facility the local community can be proud of we are delighted to see a wealth of support from local residents for it.

“Local people agree that we need more sport and retail provision in the area and this survey shows we’ve got a local mandate for the development. The survey shows a buy in for plans to deliver new jobs, more shopping choices and new sports facilities.”

The planning application for the Mill Farm Sports Village is expected to be determined by Fylde Borough Council’s Development Management Committee on 4th June 2014. To date 50 letters of support have been submitted in favour of the application and more than 700 people have signed a petition calling for the development to go ahead.