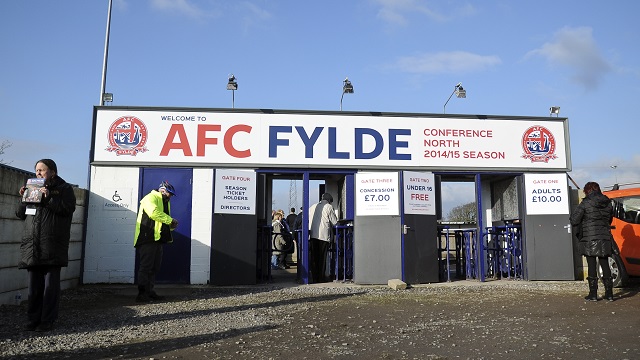 This past couple of weeks have been a time for celebration as we approach the end of an era at Kellamergh Park and we have been reliving some memorable moments, a few of which you will find in Sunday’s limited edition souvenir matchday programme.

“We are down to possibly one game at KP so time for a look back. I have seen so many good games over the years and seen it totally transform. Think the 3 big games that stand out:

Honourable mentions to our first match vs FC United when we came back with 10 men to stick four on them, any match against Skelmersdale and Lancaster City, but less so vs Chorley!

Memorable for differing reasons have been games vs Solihull Moors who after our cup success have had very favourable refereeing decisions ever since at KP (last season’s penalty gift the worst decision ever made by an official at KP!)

Most memorable for me though was September 4th, 2010, a 5-2 win vs Harrogate Railway Athletic. It was my lad’s first ever live match (aged 5) and whilst all his school mates followed Blackpool in the Premiership (and no doubt gave him some stick), he stuck with and followed the Coasters and has missed around four home games ever since. He’s played an Under 9 final on the pitch, taken part in countless penalty shoot-outs at half-time and been part of all the promotion celebrations.

He’s grown up at that ground and probably stands as proof of that vision that our owners had all those years ago.

He’ll get some reward for that as I’m paying for him to be the mascot on Sunday (only stumbling block to that being it’s looking like the club’s only remaining home kit we can buy for his age won’t fit him – we got him the away kit this season but he’s not permitted to wear that, but the office staff have been great thus far so fingers crossed!). Whatever happens he’ll be there as KP is part of his life – just as Mill Farm will be.

It’s been great at KP and it’s given us some unforgettable memories but it’s step one of our clubs journey and that’s what makes leaving our old ground less sad but more exciting.

The journey through St Annes and Lytham (or if running late up the M55!) to see the Coasters play now sees us frequently pass other fans in AFC Fylde colours and we now even have some coverage on local radio stations to listen to on the journey to get team news before we arrive. It’s now good to see the replica kit not mistaken for other kits as the brand is now becoming more recognisable as the club expands.

Let’s hope the remaining home game(s) at KP give us our highest ever finish in the league ladder and that Mill Farm remains and keeps this club as a family one with all the values we’ve built at KP being taken and added to the fabric at Mill Farm.”