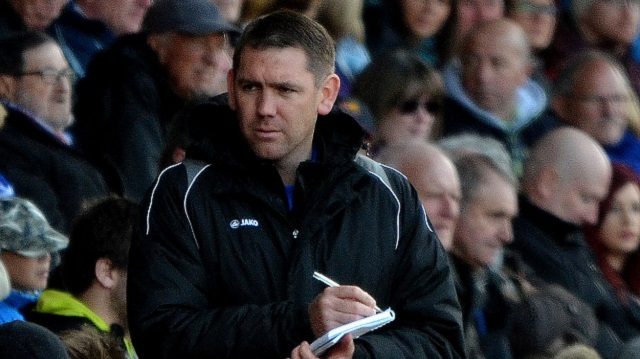 AFC Fylde manager Dave Challinor believes a host of missed chances cost his side in the 2-2 draw with Worcester City at the weekend.

The Coasters led by two goals at the break but two second half goals from Worcester cost Fylde second place in the league.

Challinor said: “If you don’t take chances then you don’t win games. We could have scored six goals in the opening 15 minutes.

“We went into the break two up and we were well on top and we challenged the lads at half-time to go and finish the game off.

“We had a glorious chance where Lloydy has almost an open net that is somehow kept out and within 90 seconds the ball is in our own net.

“That then gave Worcester an opportunity from nothing to get something from the game. Then as has been the case on too many occasions this season, one of our players has made a poor decision. On this occasion it was Caspar to give away the penalty and Worcester end up with a point from nowhere.

“It would have been nice to finish second but it is what it is. We play Harrogate now and perhaps that’s a blessing in disguise as we don’t have the long midweek trip to Boston. I don’t think it would have made a great deal of difference who we played, the play-offs are unique games and we are very much looking forward to them.

“We need to make sure we maintain our performance right to the very end of games and ultimately try to get through to the final.”