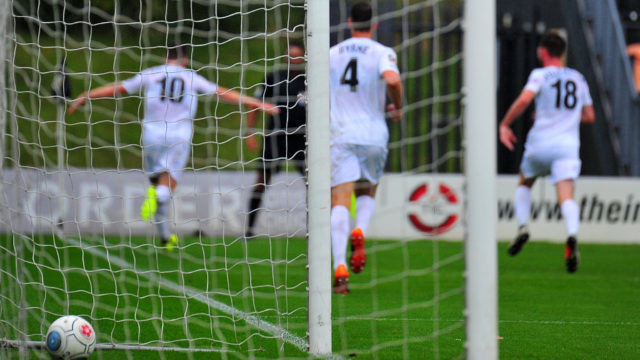 After progressing through to the FA Cup Third Round last Saturday, the Coasters return to league action this Saturday with an away trip to Barnet.

The Coasters are full of momentum at the moment – with back-to-back league wins followed up with a win at Kingstonian in the FA Cup.

The trip to Barnet follows a tasty Third Round draw, where the Coasters will travel to Bramall Lane to face Sheffield United in January. Saturday’s game will be the second time the two sides have met this season – with the Bees running out 4-0 winners at Mill Farm in October.

That result will spur Barnet on come Saturday and after winning just two from their last five, the Bees will be looking to go on a run of their own.

Despite having a good start to the campaign, the Bees’ buzz has gone a little of late.

The start of the season brought just one defeat in ten games, but since then the recent results have been hit and miss.

In charge of the Bees is manager, Darren Currie.

During his playing days, Currie racked up 136 appearances for Barnet, as well as spells at Brighton & Hove Albion and Ipswich Town. This week’s one to watch is midfielder, Simeon Akinola.

Akinola is a player with a huge presence in the centre of the park, often dominating midfields in the National League.

The last time Barnet faced the Coasters, Akinola grabbed the second goal of the game for his side at Mill Farm.

He has recently been on the scoresheet again for the Bees, scoring a hat-trick last time out against Ebbsfleet – who sit bottom of the league.

With them three goals, they take him to the top of Barnet’s goalscoring charts – with the midfielder now sitting on nine goals for the season so far.

This will be the fifth time the two sides have met – with both sides drawing level on the number of wins over each other.

Due to the game being a later kick-off, Coasters fans will have games to keep an eye out on whilst travelling down to The Hive.

A win on Saturday will close the gap on Barnet in 15th, but the Coasters can’t climb any higher than the hosts.

The game will also be live on BT Sport 1 HD, with coverage starting at 5pm.