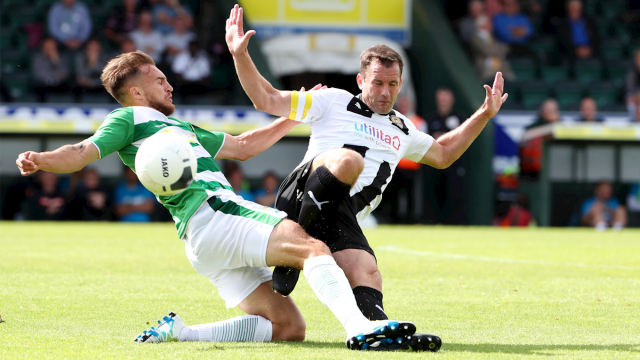 Two wins on the bounce has pushed the Coasters well up the table with Dave Challinor’s side sitting three points of the playoff places.

As they look to make it three wins in the space of a week, a tough trip to Notts County awaits the Coasters, who look set to take a great following down to Nottinghamshire.

This comes off the back of a great offer by Notts County who are looking to break a Vanarama National League record for the biggest attendance at a league game. Last season will be one to forget for The Magpies, who suffered relegation from the Football League down to the Vanarama National League.

A good start to the season sees them sit in 11th place just two points off the playoff places. With all new teams coming in to the National League, it isn’t always easy to get off to a decent start, as many have found out.

Guiding the side through the league is manager, Neil Ardley. The former Wimbledon and Watford man took over last season but was unable to prevent relegation. With a good start to the season, Ardley will be hoping he can take his side back to the Football League at the first time of asking. Wootton joined on loan from Scunthorpe at the end of August – and it’s fair to say has had an enjoyable start to life at Meadow Lane.

Netting three goals in five starts, Wootton has slotted perfectly into the Notts County side, finding himself partnering Kristian Dennis of late.

Big in stature, Wootton is a target man by trade, and will look to use his physical prowess to make opportunities, and add to his promising tally.

Wootton has been at Scunthorpe since 2014 and since then he has never really broken into their squad – only managing 28 appearances in the five years, and spending most of his time out on loan.

Currently, he is in red hot form and is someone The Coasters defence should be wary of.

Tickets for tomorrow’s clash will be just £3 for Adults, and £1 for juniors!

To make the most of this brilliant offer – click here and find out more.

As The Coasters push on up the league, there’s a couple of games to keep an eye out for.

There will be full match commentary on Coasters live. The commentary team will bring you pre-match build up, full game commentary and both half and full-time reaction.