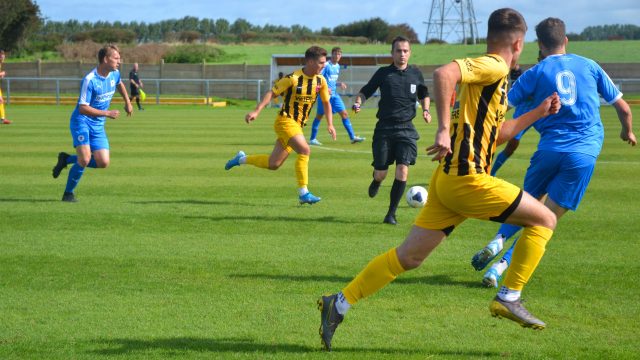 AFC Fylde took on Chester in a behind closed doors friendly at Kellamergh Park today, giving those who didn’t feature for the full game on Saturday valuable time.

The game finished 5-3 to AFC Fylde, with Kurt Willoughby finding himself bagging a brace once again, following his double against Yeovil Town on Saturday.

Recent signing Tyler Forbes completed 90 minutes, having missed the game at Yeovil due to his international clearance not being received.

Dan Bradley also completed the game, his first since returning from injury, whilst Academy Graduate Sheldon Green was introduced from the bench. Goalkeeper Dan Lavercombe, however, was forced into being withdrawn at half-time, after sustaining a blow to the face – replaced by academy goalkeeper Ben Wilcock.

The game formed part of the Coasters preparation for this weekend’s clash against Eastleigh at Mill Farm, live on BT.

Tickets are on sale now online and in the club shop, as the Coasters look to put recent form behind them and record a win.

To book yours online, please visit our ticketing site here.